Which devices and web browsers we support by default 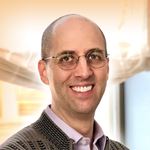 The following list contains the desktop and mobile web browsers we support by default when we build a web application. We can build for older and non-standard browsers upon request. These browsers represent a majority of the user base, given that browsers auto-update frequently.

For more information about relevant platforms, visit W3Counter to see a cross-section of device, operating system, and web browser usage. According to United States data from September 2019, we cover approximately 94% of active desktop web browsers in use given the lists below.

Operating systems change frequently (typically yearly), and point releases and patches in-between can cause them to behave differently. This is especially true of Google Android. That said, we generally test with the following operating systems.

Blue Sequoyah Technologies supports the current and two prior major versions of Microsoft Windows. So when Windows 10 was released, we began to support Windows 10, Windows 8.1, and Windows 8; all with the latest updates. Since Windows 10 is officially "the last version of Windows", we consider the bi-annual updates occurring closest to Q4 as Windows versions (e.g. 1809).

Since Apple macOS and iOS/iPadOS upgrades are free and distributed to everyone, we typically support the current and one prior version; all with the latest updates. Check the Apple Developer App Store support site for more information.

Google Android is uniquely tough to support as carrier partners don't generally allow OS upgrades, so there are a bunch of different versions out there. We do our best to support the current version of Google Android, as well as several prior point releases to cover 80% of real-world configurations at the time of launching a client web app. Check the Google Android Dashboards for more information.

We do offer support for older operating systems, but development costs will be increased to cover the additional work required for development and testing to ensure across-the-board compatibility.

If you have a question or want to get your next project underway, just reach out using one of the methods below and one of our experts will get back to you ASAP.

Send us a message